Flatpack took advantage of the ready-made ‘theatrical sets’ that are found in the various areas of the store and each scene of the opera will take place in a different area of Ikea. Guides lead the audience through each department to witness the action and music in every scene. Performers, audience members and shoppers intermingled throughout the piece, blurring the boundaries between ‘reality’ and ‘performance.  This created an inclusive and entertaining experience for the audience, who become as much a part of the opera as the singers and instrumentalists.

This week I went to an opera in Ikea. The performance was, inevitably, titled Flatpack. Opera is the only art form, with its capacity for high-camp histrionics, that can truly express the agony and ecstasy of visiting the world’s favourite furniture store. It was awesome.

The sopranos and tenors disported themselves around the Ikea room sets, with their Klippan sofas and Grimstad beds. Trapped in cube-cells of domesticity, chords and couples clashed, tension grew, and screams erupted. Who among us has not suffered shopping here: the gridlocked car parks, the sofa riots, the toppling flatpack injuries? Ikea is where the seeds of disharmony leading to divorce are sown even as couples furnish their honeymoon homes.

Like many operas, Flatpack began at 7.30pm — unfortunately during the London Tube strike and an international at nearby Wembley. Thus I was sardined in the armpits of beery football fans all the way to Neasden station. Then I walked through mugger-friendly alleys, over the North Circular Road, past a stagnant canal filled with bottles and dead dogs, and through a gap bent in the fence by frustrated pedestrians behind Ikea’s multistorey car park. And I said to myself, this is not Glyndebourne.

No floaty dresses, no Così fan tutte, no landed gentry, no wicker picnic hampers, although it has to be said that the store’s PR lady, noticing that I was a frazzled by the journey, gave me a voucher for a free Swedish meatball dinner! I’m having it framed.

Not that the opera was PR for Ikea; it was more black propaganda, entirely independent of the corporate behemoth and its 565 million customers worldwide. Where better to bring high culture to the punters?

Around 50 opera fans — some from as far as Macclesfield and Manchester — were waiting at the Ikea escalator, and were handed programmes that looked like furniture assembly instructions. A soprano in a yellow uniform came in, yodelling tender entreaties to customers through a megaphone, and led us to the first scene in a living room, where musicans played mobile piano, viola, cello and accordion, and a diva huffily read the kitchens catalogue. Two regular Continued from page 1 customers walked uncaring into the middle of the scene to measure a television stand.

Much of the libretto was written in Ikean, an international language rather like Klingon or Esperanto. Many arias made repetitive use of a product name or a corporate slogan, such as “Be brave not beige” and “Do you live in a house or a home?” Afterwards, I said to Rebecca Lea, the director, that I couldn’t quite make out the word sung in the kitchen percussion scene. “Gorm,” she answered. “You can do a lot with Gorm.” I think Gorm is a modular storage unit.

The pièce de résistance in both senses was the Library Scene, in which an innocent young man tries to build a flatpack in the literary surroundings of half a dozen Billy bookcases. (This looked uncannily like my own study at home, which has seven Billys.) For ten minutes, the man sang the word Billy over and over. At first, there was heady anticipation in his voice as he ripped open the flatpack, followed by a tremor as he searched for the Allen key. Then harmony fell into dissonance, the bookcase collapsed and Billy became a word for existential agony. Fortunately the pianist helped the singer to fix the bookcase, and it all ended in a Wagnerian crescendo of victory.

Flatpack was composed by Tom Lane, an Englishman now studying in Berlin. Lea characterised the work as “contemporary . . . German . . . avant garde?” It was free, and had certainly drawn a younger audience than the sixtysomethings of Covent Garden. “If it’s rubbish we’ll just go shopping,” said four women on a girls’ night out. But, by the end, the applause was rapturous, even from those customers with trolleys who had stormed through scenes, only to come back and ogle.

“The acoustics are a bit of a challenge,” said Lea, who called Ikea 14 times before they agreed to the performances. “Last week someone was Hoovering in the background, and I was annoyed at first, until I realised: that’s an F-sharp.”

I felt as audiences did in the Soviet era, when a critical allegory was played out on stage under the eyes of the censors. Did Ikea quite know what was going on under its roof in this domestic disharmony, this critique of crass commercialism?

“Our vision is to create a better everyday life for the many people,” it says rather Swedishly in the Ikea manifesto. Years ago, Ikea did bring us a revolution in cheap, good design, but now the screws are loose. Joe Kerr, head of Critical and Historical Studies at the Royal College of Art, said: “If Ikea represents a design revolution, then it’s going through its Stalinist phase right now, dictating taste to people.”

Kerr was disappointed to have missed the opera, but he has shopped in Ikea. “The furniture there is like Islamic art — you can’t make anything perfect, there must be a deliberate flaw in it — and with Ikea there’s always a hole in the wrong place or a missing screw.”

That said, we conform because everything is so colourful. We don’t spot Ikea crushing our individuality because prices are so low, you can’t say no. More British people go to Ikea on Sunday than go to church. And we can only hope that more of those people will see Flatpack, which is hoping for funding for a British and European tour. In the meantime, you can get a flavour on YouTube. Be brave, not beige. 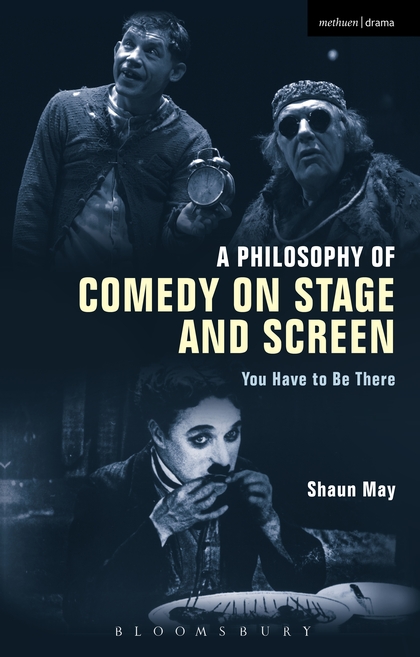